Fernando Torres is set to make a return to the Atletico Madrid set-up after a head injury he sustained in a La Liga clash. 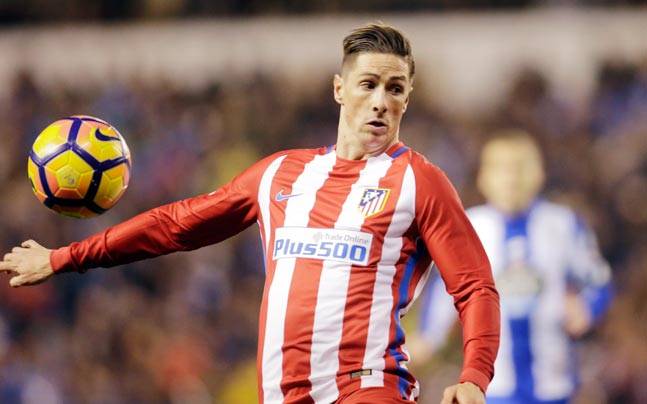 The Spain international lost consciousness when he clashed with Deportivo La Coruna player Alex Bergantinos. He had to be hospitalized, with an ambulance picking him up from the stadium.

Torres was lucky to escape without any serious injuries to the head or neck.

“He is in the recovery process and we imagine that for Wednesday he will be available,” Coach Diego Simeone said ahead of the clash with Bayer Leverkusen in the return leg of the Champions League.

The former Liverpool and Chelsea star was not in action during the trip to Granada. However, his former clubs showed support for him. Liverpool FC official Twitter account posted: “We wish you a speedy recovery, @Torres” while Chelsea’s read: “Thoughts tonight are also with @Torres. Get well soon Nando, from everyone at Stamford Bridge,” with a picture of the player attached.

Torres moved to England to feature for the Reds from Atletico Madrid before he moved to the Blues. Torres was impactful during his stay at Anfield, netting 81 times but he failed to replicate such form at Stamford Bridge, scoring 45 goals in 172 games.

Torres has been decent since his return to Madrid. He scored in the 4-2 victory over the Bundesliga side in the first leg and he could get to start from the bench when they host Leverkusen at the Vicente Calderon.

Frenchman Kevin Gameiro also missed the game on Saturday as he suffered from a minor abdominal strain. It is unknown if he could be fit enough in time for the game on Wednesday.