Fernando Torres recently hinted that he could make a return to the football pitch two years after announcing his retirement. The former Atletico Madrid, Chelsea and Liverpool player left fans in limbo after a cryptic message on his Instagram handle that suggested that he’s planning to come out of retirement. 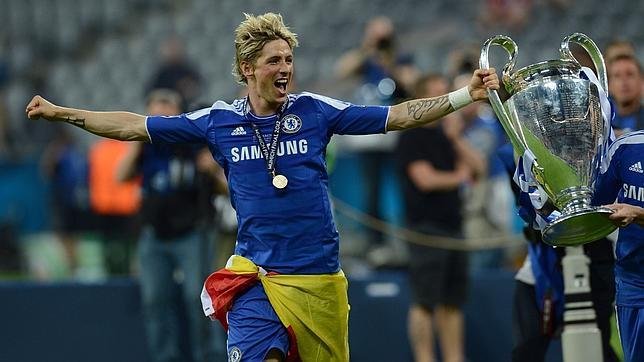 Ex-Spanish internationalTorres had a relatively good career at both club and national team level as he won several trophies. He retired from the round leather game at the end of his spell with Sagan Tosu in Japan in 2019. In his post on Instagram, Fernando Torres said he has decided to return and that he understands life in only one way – playing football. Daily Mirror has mentioned the five teams that Torres could join if he comes out of retirement.

The first option is a move to the MLS (Major League Soccer) for the first time in his career. He has never played his club football in the United States. Fernando Torres could move to Inter Miami co-owned by David Beckham. The MLS could be a good option for Torres as European football might be a step too far for him after two years away from professional football though he has managed to stay fit during the period of his retirement.

The second club mentioned was former team Sagan Tosu in the Japanese top flight whom he helped raise their profile during his time at the club though he was far from influential on the pitch with five goals in 35 appearances.

Torres was born in Fuenlabrada but he has never represented his hometown club who recently got promoted to the second division. He could target a romantic story of leading his hometown club to the Spanish La Liga by joining them in time for the new season. Fuenlabrada was the third club mentioned.

A possible reunion with close friend Xavi Fernandez at Al Sadd in Qatar and a return to Atletico Madrid as a player were the fourth and fifth options mentioned respectively.